Earlier this year, they announced a funding round of $15 million.  Priori works with in-house legal teams to connect legal departments with the right outside counsel for projects globally, saving them time and money.

Listen to the full episode below.

Key quotes from the episode

(text has been edited to make it more suitable for print)

We set out to solve a problem. Not start a VC-backed technology company. And then the two of those things ended up coming together.

Impact of the round (Priori raised $15m this year):

We're laughing because it's a tremendously busy time when you're fundraising and trying to build the business too. Then you finish fundraising and think now I will have all this time and you do have more time, but everything is just accelerated.

And you're really excited, right? It means we can build more and build faster. But we can feel the ramp, which is super exciting, and it means we get to execute on a range of plans that we've been really excited about and have been building towards for a very long time.

Why does Priori exist?

It's about making legal services more accessible, transparent, and cost-effective and allowing in-house teams to make those decisions in a data-driven way.

The technology backend is trying to recognize that there's not a perfect lawyer or firm across the board. There are priorities that shift on a person-to-person, team, and company basis, each time you're looking for outside counsel. You ideally want a way to optimize for those shifting criteria for each matter. That's what the tech platform allows you to do.

Leverage for all sides:

The average fortune 500 is spending about $150 million a year on outside council. Often across a hundred plus firms. So I think that the use case of needing to find firms that can help them in local jurisdictions, achieve the diversity goals, find a specific kind of expertise, or can simply help their department flex up and flex down without adding headcount.

Finally, many in-house teams are looking for ways to save money. So they are looking at their work - they have sent most of it to big law firms, but let's look at the lower risk, lower complexity work and think about whether there's a more cost-effective place to send it.

To hear the law firm's view on this, listen to the conversation with Keith Maziarek where we discuss value-based pricing and distribution of work as a lever.

The harder sell for us as a company which isn't really a sell, it's how to integrate into their regular workflow and how to disrupt the 'send an email to someone' behavior and think about Priori as the first port of call, when a new project crosses your desk.

The first and most important thing is that we do have a user experience philosophy that Priori should feel like using a high-end consumer product, more than a B2B software. There are many wonderful B2B software, but we think about the ease of use and make it really simple, that has been a core principle to all of our design and development - making it easy. That is both about the look and feel, but it's also about the number of clicks and making everything very transparent and clear.

Lawyers as a group are really interested in technology and want to integrate it into their workflow, but it's not always the tip of the sphere. So we want to meet our users where they are, which is excited to use technology products, But also relatively newer on that journey.

What makes a successful legal team?

[Basha] So number one, a strong tone from the top about what the key priorities for the department are, whether that's technology, diversity, data, cost savings, or whatever it is. Department-wide alignment on what the goals are is a key differentiator of the most successful legal departments.

I also think that an empowered legal operations function that reports directly to the general counsel and is empowered to create change in the department makes a significant difference.

Then I'd say a culture of experimentation, of not being a cost center, but being a value driver. Looking for ways to be a value driver are three characteristics that immediately jump to mind.

[Mirra] What has been interesting to me is the variety of different configurations and approaches that can be really successful in getting a major initiative over the line. Common across those experiences has been one stakeholder willing to advocate for our project and takes point on that project.  That is something we've seen as a successful thread throughout, whether that is tech adoption of a certain kind of technology or a different kind of approach.

Basha Rubin is the CEO and Co-Founder of Priori. Priori revolutionizes how legal teams find and engage outside counsel. Ranked a Chambers Tier 1 Global LawTech company and a Financial Times Intelligent Business, Priori’s cutting-edge technology powers two products: Scout, which surfaces insights about trusted outside counsel relationships to drive informed hiring decisions and D&I initiatives; and Marketplace, which connects legal teams with new talent from Priori’s vetted, global network of attorneys at firms of all sizes.

Basha writes and speaks extensively on how technology is changing and will change the marketplace for legal services. Her work has been featured in Forbes, Techcrunch, Entrepreneur and Corporate Counsel, and she has spoken at ABA Techshow, Women in Legal Technology Conference, Clio Cloud Conference, SXSW, Reinvent Law, SOLID Conference and Legal Geek. Basha has been named an ABA Journal Legal Rebel, Financial Times Top 10 Legal Business Technologist, LTRC Woman of LegalTech, Fastcase 50 award winner and is part of Baylor Law School's "The Braintrust." She holds a JD and BA from Yale University and is a member of the New York Bar.

Mirra was named a 2021 National Law Journal In-House Trailblazer, a Fastcase 50 award winner, and an ABA Legal Rebel for her work using data to dynamically match in-house counsel with the right lawyers for projects. Before Priori, Mirra worked as an associate at Covington & Burling LLP, a financial analyst at Goldman Sachs and was a Henry Luce Scholar in the microfinance program in Save the Children’s Hanoi, Vietnam office. Mirra holds a J.D. from Yale Law School and an A.B. from Brown University and is a member of the New York and Massachusetts Bars. 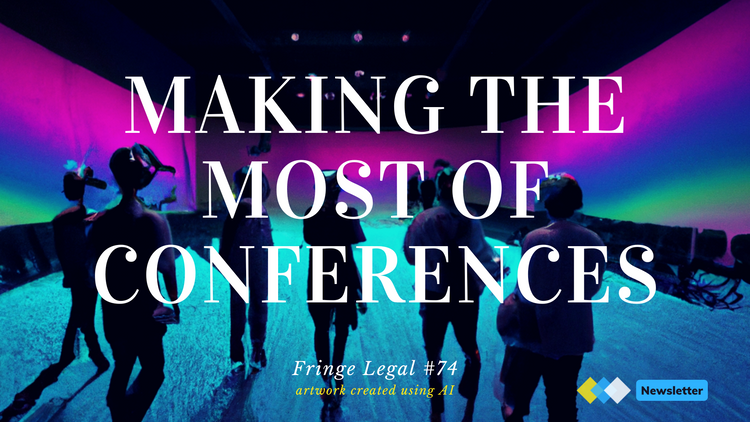 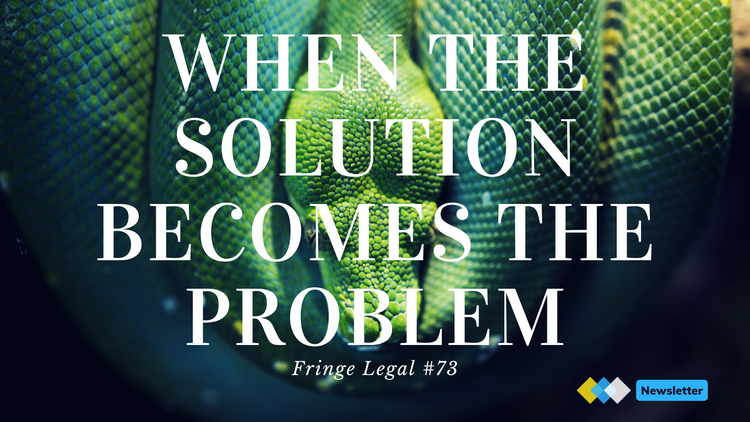 Fringe Legal #73: when the solution becomes the problem

Incentives drive human behavior, but the wrong motivation can worsen the problem or create new ones.
4 min read
Aug 10, 2022